Renewable energy sources are of low “energy density”, as a result of which the question of land use can often arise. As with many aspects of this industry, the answer to whether or not it presents a major barrier to the growth of renewable power is… “it depends”.

Putting numbers to land use

So let’s investigate this question using solar as an example. (You could perform similar thought experiments for wind power or for the cultivation of sustainable biomass and reach similar conclusions).

According the the International Energy Agency (1), total world energy consumption in 2014 was about 110,000 TWh. That covers all energy use, i.e. electricity, heat and transport.

In deserts, annual solar irradiation can typically be as high as 2200 – 2400 kWh on each square metre each year (up to 2600 in extreme locations such as Chile’s Atacama).

Time for some simple maths…

Let’s build a hypothetical solar farm capable of achieving an overall efficiency – of converting the solar irradiation landing on its panels to electricity out – of 20%.

(At the time of writing, you can buy solar panels this efficient, though when you include other inefficiencies in other components of the overall solar farm – wiring and inverters for example – the overall efficiency of the farm will be lower than that of the individual modules. But let’s look forward: 20% certainly isn’t an unrealistic aim).

Let’s build this solar farm in a desert area receiving 2300 kWh of solar energy on each square metre of land, each year.

Converting this solar energy to electricity at 20% efficiency, we’d generate 460 kWh of electricity from every square metre of the farms panels, every year.

But we need to assume there will be spaces between the rows of panels, so we can clean and maintain them, plus other areas of the solar farm (inverter housings, access roadways, setbacks to fences or whatever) that aren’t covered in panels.

Divide this number by the amount we are generating per square metre of our solar farm, and we calculate that if it is 478,260,869,565 square metres in size (=478,260 square kilometres), our solar farm will deliver all the world’s energy needs, as electricity.

However it is only 47% of the area of Egypt, for example; most of which is desert.

So on a map of the world, that’s a pretty small section!

Better still, if we looked only at Egypt and focused only on that country’s final electricity consumption, in 2014 that was about 147,000 GWh (according to the IEA again). To deliver this, our solar farm need only be 639 square km, < 0.1% of that country’s area (and with that land sitting in unpopulated desert areas with no other use).

Suddenly that all sounds perfectly achievable!

What about somewhere else?

In the UK, the best areas are in the southwest of the country and receive 1200 – 1300 kWh of solar energy per square metre per year. Taking the mid value of this, a 20% efficient solar farm and with panels occupying 50% of its area, would generate 125 kWh per square metre of land per year.

To cover these demands, we’d need a solar farms of 12,800 and 2,424 square kilometres respectively; 5% and 1% of the UK’s total land area. If we are less generous with our irradiation assumption, and use a figure for solar irradiation which is closer to an average across the UK, these figures will go up slightly; to around 6.3% and 1.3%.

What about some real-life figures?

A study by the US’s National Renewable Energy Labs (NREL), found that the average solar farm in the US required 0.0141 square kilometers per GWh of generated electricity per year (5). [That study uses acres as the unit of area, so I’ve converted].

Applying that number to Egyptian electricity consumption suggests a solar farm area of 2070 square kilometres would be required (this is just over three times what we calculated earlier with our various – generous – assumptions).

If our hypothetical calculations are out by a factor of three in the UK too, then to meet electricity demand with solar power would require around 4% of UK land.

Again, 4% might not sound like an enormous amount. However the UK is a much more crowded patch of land than Egypt!

If land isn’t occupied directly by people, then it tends to be occupied by other uses (such as farming, forestry or leisure); or is difficult to use (such as hills, wetlands or protected nature areas); or is close to land occupied by people and so socially or politically sensitive (i.e. people don’t want to look at huge solar farms). This isn’t a problem that’s restricted to power projects, of course. The same planning and economic challenges arise whatever you want to build: be it airports, housing, railways or anything else. 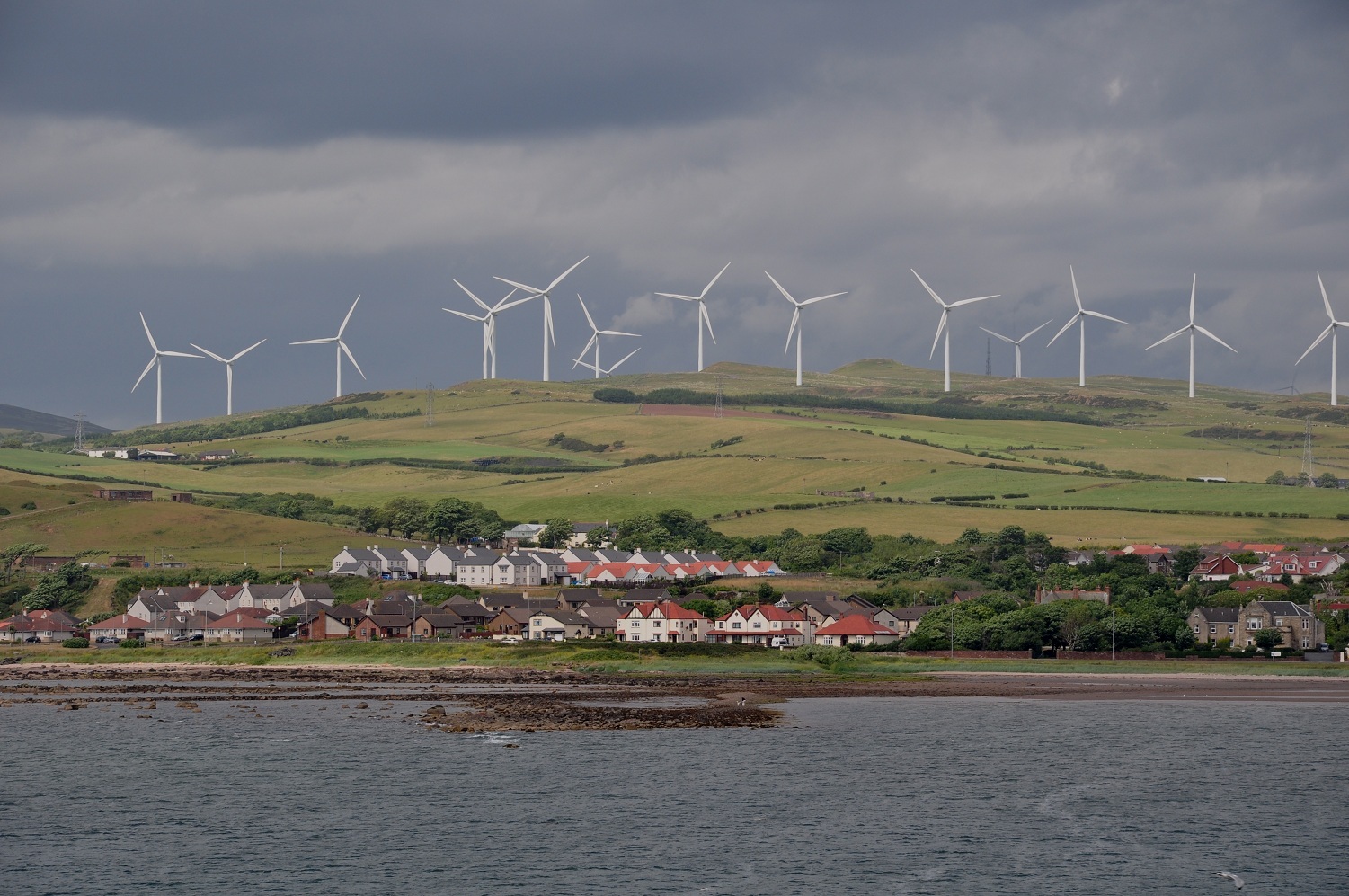 (This is not something that everyone wants to look at)

What can we conclude?

As with many aspects of this business, the answer to the question of whether land use will restrict the growth of renewables is: “it depends“. Specifically, it depends where you are.

However the numbers suggest that in macro terms, land use is certainly not an insurmountable problem. Relative to the amount of energy we need, there is plenty of natural energy resource available from a relatively small amount of the planet’s land area.

In markets where land is plentiful and un- or under-utilised, land use may not be a problem at all. Indeed, renewable power may bring economic value to land that previously had none.

However that is not the same as dismissing the issue of land use everywhere!

Land use problems do arise in practice, in markets where most suitable land already has other uses – where there is land use competition or conflict. It is in these markets (usually developed markets with high population densities and energy use), where renewable capacity growth certainly can be slowed by practical, land-related issues. These include visual impacts, land costs, planning restrictions, environmental impact assessments and a wide range of other factors that will be familiar hurdles to project developers.

In these markets, the growth of renewables depends not on whether sufficient land exists in theory but on finding new areas which remain unused (such as rooftops or bodies of water or sparsely-populated areas); or in allowing renewables to coexist with other activities (agriculture in the spaces between wind turbines for example); or in market conditions which make them an economically competitive use of land (which means: for land owners, does it add value to build renewable power generation on their land?).

In other words, land-use restrictions on growth are location specific. They are primarily a question of public and political acceptance of changes in land use, along with – as always – the economics.

(3) Solar Map of the UK: https://photonenergy.co.uk/new-build-solar-pv/solar…

Back to:  Further Notes on Energy Density

Next Lesson: The Revenue vs Cost Balance in Power Generation

We use cookies to ensure the best experience on our website. If you continue to use the site we assume you are happy to accept them.OKMore Info